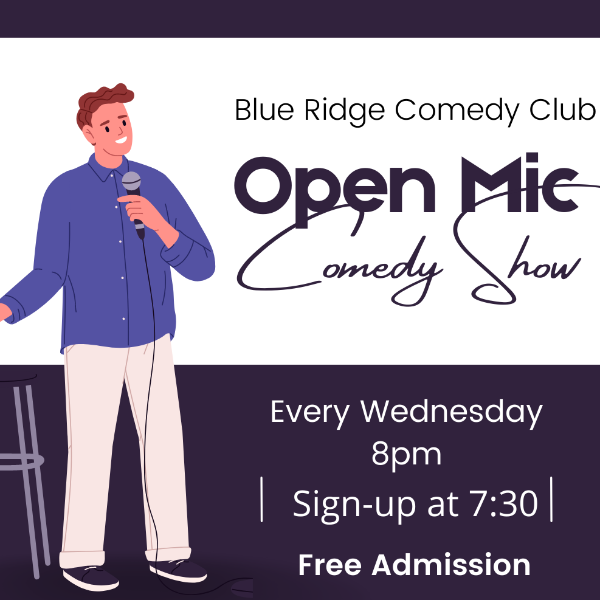 This show is free to attend. You can support live comedy by purchasing some snacks, beer, wine, cider, soda, or a Nathan's Hot Dog during the show.

Performers are given 5 minutes of stage time.

You do not need to reserve your spot ahead of time.

Comedians are called to the stage in the order in which they sign up.

The host may edit the order of the list at their discretion.

Everyone is welcome, whether it's your first time on stage or you're a seasoned veteran. We do our best to foster an inclusive comedy community here in the Tri-Cities area. 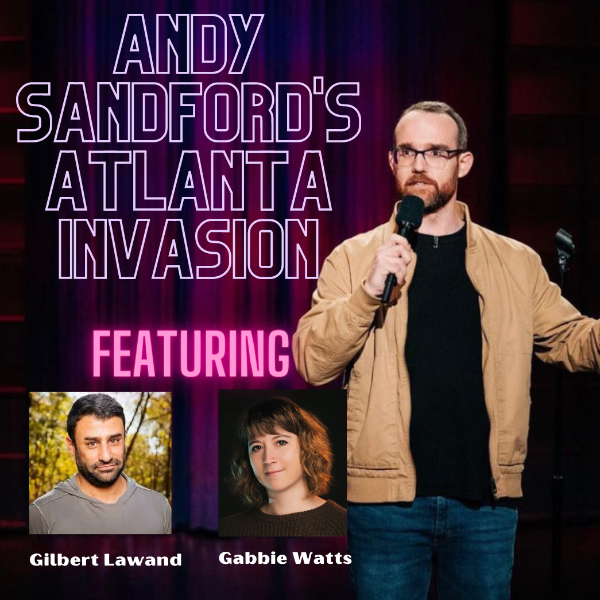 Andy Sandford is a comedian who got funny in Atlanta, then moved to New York City, where he established himself as one if NY’s top tier comics. In 2021, Andy moved back to Atlanta to record his latest album with 800lbs Gorilla Records. It’s called “Basket Case” and comes out June 10th. Andy has performed his jokes on Conan and The Late Late Show with James Corden. Andy’s debut album, Me the Whole Time; was one of Splitsider’s “9 Best Standup Albums of The Year.“ His hour special, “Shameful Information,” is currently featured on Amazon Prime. Sandford even played an animated version of himself on Adult Swim’s Aqua Teen Hunger Force. The Village Voice called him, “one of New York’s comedic gems;” a nice gesture, but not enough to keep him in New York. Andy is out of Atlanta now (sorry NY).

Gabbie Watts is a stand-up comedian based in Atlanta. She’s a regular at the Laughing Skull Lounge and has been a featured performer at Resurgens Fest, Lookout Comedy Festival, Red Clay Comedy Festival, and Fountain City Comedy Festival. She also hosts the iHeart podcast “Cadaver Gals.”

Gilbert Lawand is an Atlanta based comedian who tours nationally and has a hilariously likable, deconstructive approach to stand up. He produces the annual Red Clay Comedy Festival which takes place in Atlanta every September. Gilbert has performed in several festivals including Bridgetown, High Plains, and the Laughing Skull Festival where he was a finalist. He’s a frequent opener for Rory Scovel and has also opened for Dave Chappelle. 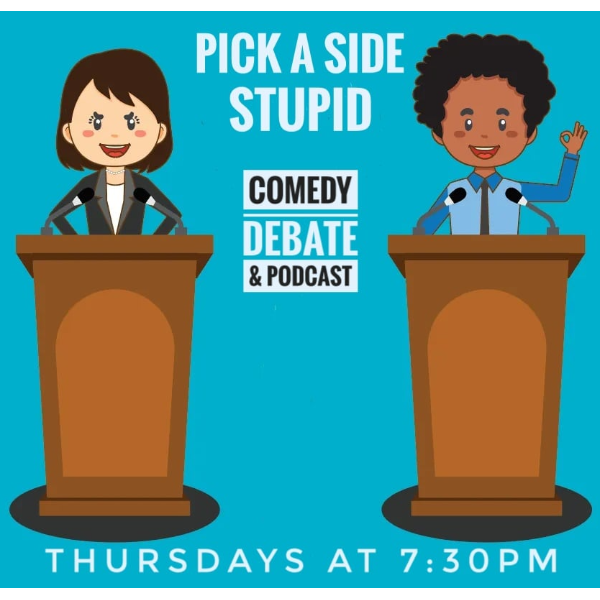 Every Friday at 10pm Shawn Carter and Joe Bridges host this show where they invite people (comedians or audience) on-stage to argue ridiculous questions.

Each week we pick a different topic and ask questions like this:

80's Movies - Would you rather run into an American Werewolf in London or Killer Clowns from Outerspace?

Board Games - What would be the better crossover, Monopoly the Movie or Boogie Nights the Board Game?

Fall - Would you rather pumpkins bleed when you carve them or leaves scream as they fall from the trees? 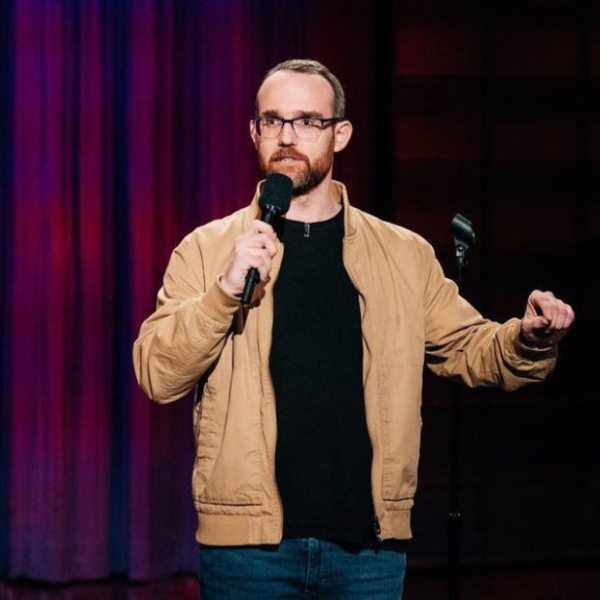 Andy has performed his jokes on Conan and The Late Late Show with James Corden. Andy’s debut album, Me the Whole Time; was one of Splitsider’s “9 Best Standup Albums of The Year.“ His hour special, “Shameful Information,” is currently featured on Amazon Prime. Sandford even played an animated version of himself on Adult Swim’s Aqua Teen Hunger Force. The Village Voice called him, “one of New York’s comedic gems;”

On Saturday December 3, Andy will be running his comedy workshop at Blue Ridge Comedy Club in Bristol Tennessee. It's the perfect event to attend if you're starting out in comedy and looking for advice or if you're just a comedy fan that would like to take a little peek behind the curtain.

If you buy a ticket for this workshop you'll also receive a ticket for Andy's show later that night for free. 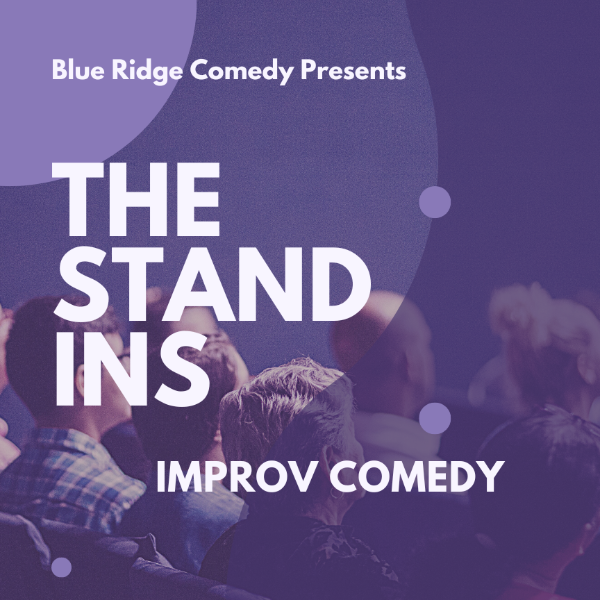 Improv Comedy with The Stand Ins 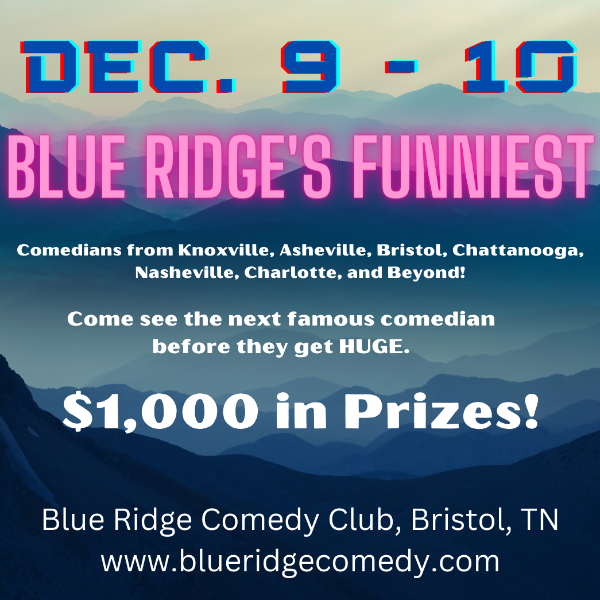 Blue Ridge Comedy Club is on the search for the funniest person in the region. We will be booking comedians from Bristol, Asheville, Knoxville, Chattanooga, Richmond, and beyond in order to find out who brings the most laughs to the stage.

So come on out and laugh it up while we discover the next round of comedy stars.

Friday - Preliminary Round, comedians perform for 5 minutes. At the end of the show the audience hands in their written vote (top 3) and the panel of judges tally their votes. The top 4 comedians will move on to the next round.

Saturday - Finals Round, comedians will perform for 10 minutes. At the end of the show the audience hands in their written vote (top 3) and the panel of judges tally their votes. The top 3 comedians will be announced and given their awards. 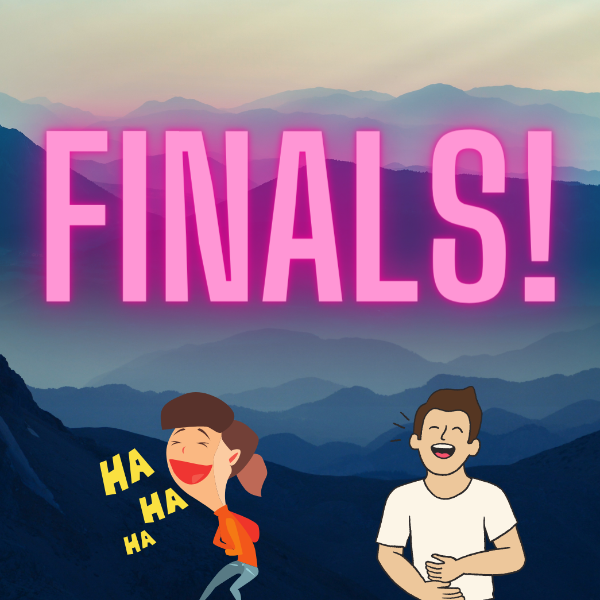 We started with over 30 performers from Bristol, Chattanooga, Asheville, Greensboro, Louisville Kentucky and parts unknown.

After 3 amazing shows we've narrowed the field to just 8 of the best comedians in the region.

This show will determine who takes home the Grand Prize. We will have 3 guest judges and an audience vote to determine the champion. 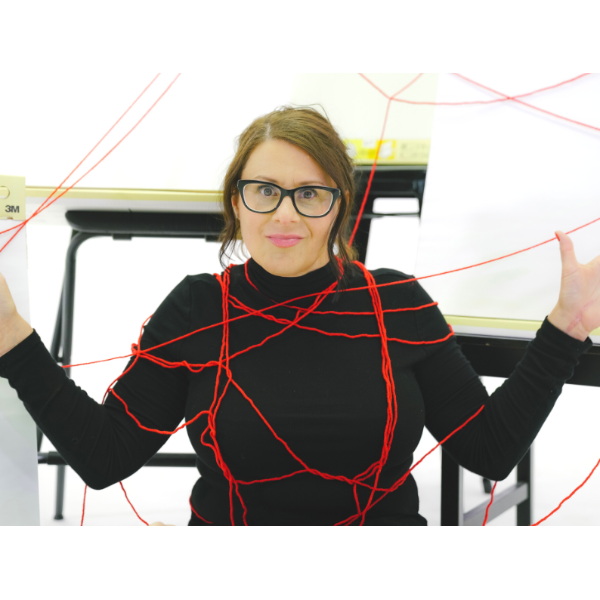 Comedian, quirky genius and generally loud person, Blaire Postman, started stand-up as a twice married, recently bankrupt, 43 year old woman on her fourth career. Since then, she's become known for her explosive, fast paced delivery and comedy that often spans unusual topics. You can catch Blaire headlining stand-up at comedy clubs and alt rooms in NYC, DC and around the country, or see her solo show "LADY ADHD" at theaters nationwide, including at San Francisco Sketchfest in late January 2023. 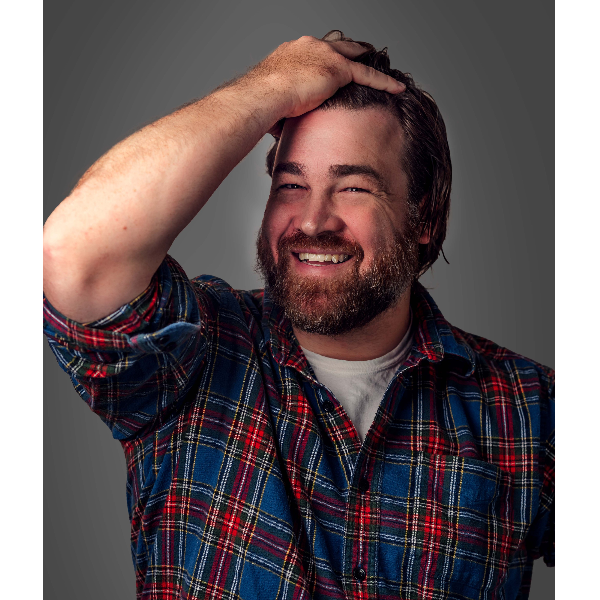 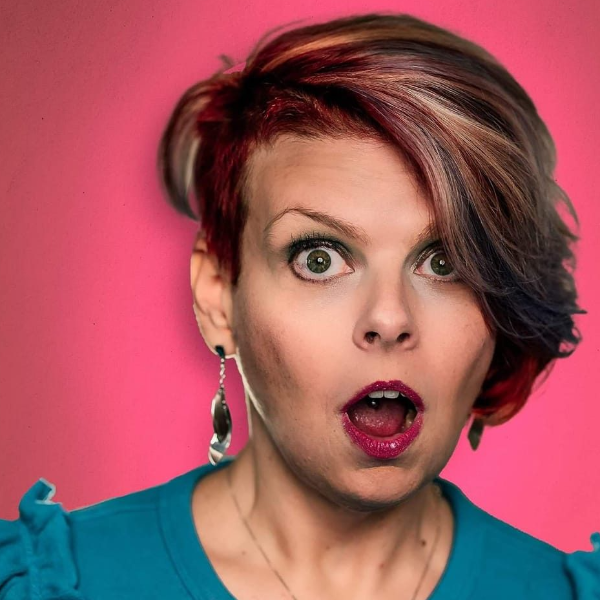 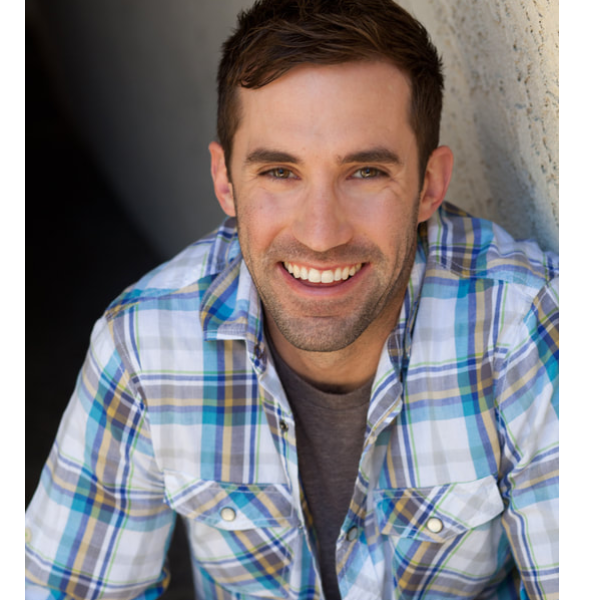 Michael Palascak is a comedian who grew up in Wabash, Indiana, began his career in Chicago and now resides in LA. He performed on both The Late Late Show with James Corden and The Late Show with Stephen Colbert in the same year. He has over 1 million views on YouTube. In addition, his resume includes A Little Late with Lilly Singh, Letterman, The Tonight Show with Jay Leno, The Late Late Show with Craig Ferguson, Conan, has a Comedy Central Half Hour special, and was a Top 5 Finalist on Last Comic Standing where one judge claimed, “My first impression of Michael was a great likability. This is a guy that could star in a sitcom.”

Michael’s likability allows him to relate to his audiences in a real way which sets up the huge laughs he gets from his sharp, personal material. Consistently writing and performing, this summer Michael released both a new album— The Internet Live through 800 Pound Gorilla and a new stand-up special on the Dry Bar app— 1984. Available for free streaming.

Drew Hunt of The Chicago Reader wrote about Michael, “In a lot of ways, he represents the ideal antidote to the sort of unbridled cynicism that pervades much of contemporary stand-up.” Michael’s optimism continues in the new National Lampoon series — The Bright Side where he takes a positive stance on a negative topic streaming on YouTube. 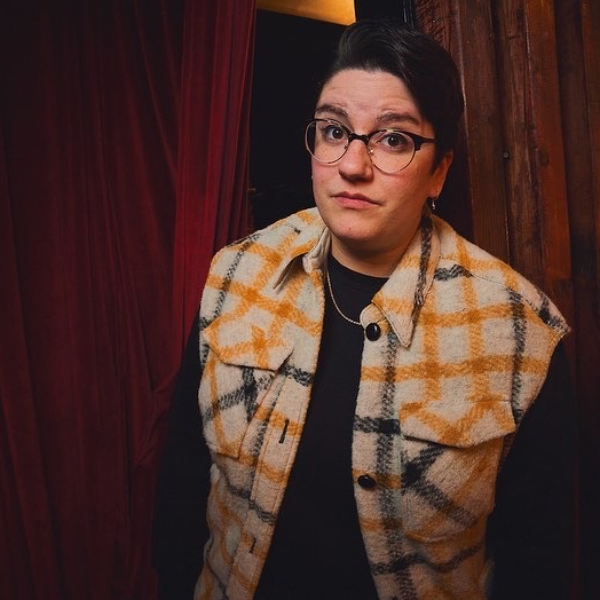 Samantha Ruddy is a comedian who’s appeared on The Tonight Show with Jimmy Fallon, The Late Show with Stephen Colbert, and NPR. She’s a regular announcer at the NYC Pride March and was previously on staff at Full Frontal with Samantha Bee. 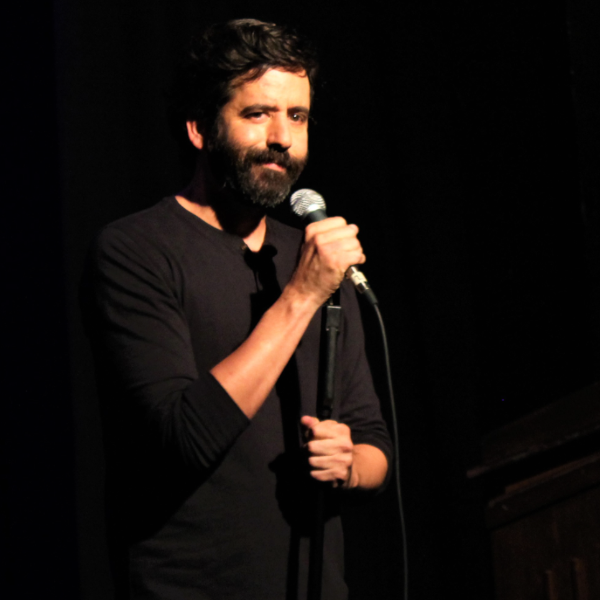 James Scott Patterson is a comedian who began his career in Boston, Massachusetts and now lives in Los Angeles. James has been featured on Comedy Central’s Premium Blend and at the prestigious Montreal Just For Laughs New Faces Showcase.

He finished in third place in Comedy Central’s Laugh Riot competition. In 2007 he was a finalist for Timeout New York’s Joke of the Year competition.

His stand up videos have reached over six million views on Facebook and his Comedy Special “Superior Design” is available on Youtube. 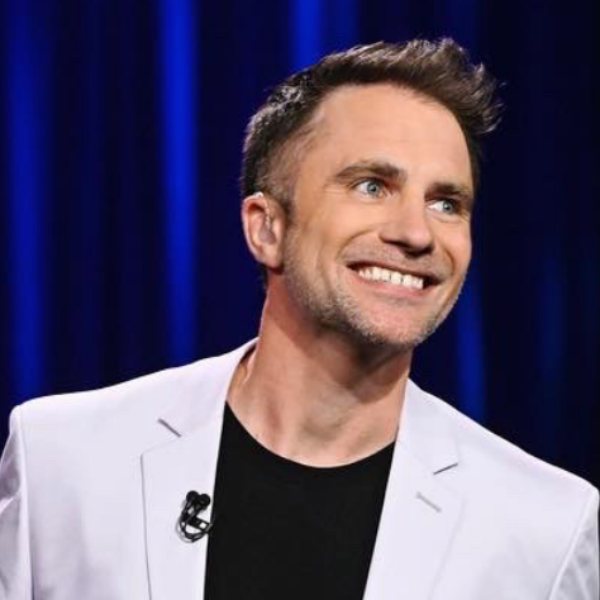 As seen on the Tonight Show, America’s Got Talent, Conan (three times) and his one-hour specials [Indistinct Chatter], Interpreted, and Born in 86, D.J. Demers is a steady provider of laughs. His clever stand-up is both personal and universal and has earned him multiple appearances at Just For Laughs, a nomination for Best Comedy Album at the Junos (i.e. the Canadian Grammys), and a growing legion of fans around the world.

Before moving to America in 2016, D.J. achieved tremendous success in Canada. In 2015, he was awarded Best Breakout Artist at the Canadian Comedy Awards. He won the Homegrown Comics Competition at the 2014 Montréal Just For Laughs Comedy Festival, won the 2013 Toronto Comedy Brawl, and was a 2011 finalist on NBC‘s Stand-Up for Diversity. All three of his stand-up albums have been played millions of times on the major streaming platforms, including Pandora, Spotify, and SiriusXM. His appearances on AGT, Conan, and Fallon have garnered tens of millions of views on YouTube, TikTok, and Instagram. D.J. now lives in Los Angeles. He performs at the Comedy Store and Hollywood Improv and regularly tours clubs, colleges, and corporate events across North America. 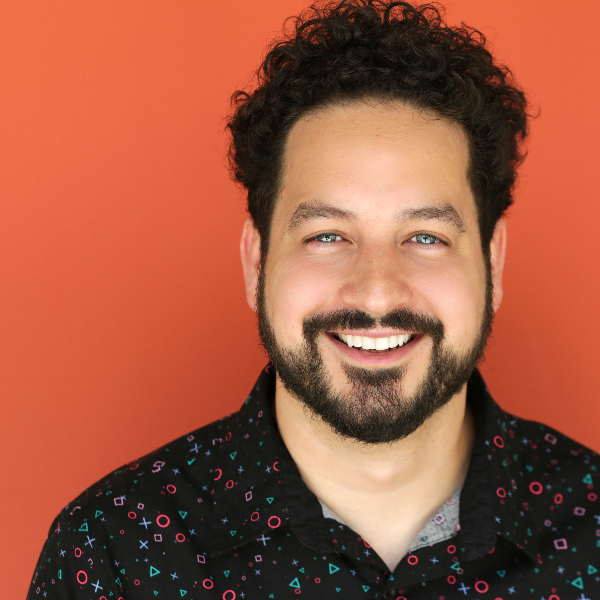 Conan, Colbert and Comedy Central veteran Ahmed Bharoocha is half Irish Catholic, half Pakistani-Indian-Burmese-Muslim, and wholly a master of punctuating striking social commentary with high-energy theatrics. You may have seen him on Adult Swim’s absurd comedy Dream Corp LLC as the drug addled scatterbrained Nurse Ahmed. Or perhaps you recognized him as one third of the viral sketch group Dead Kevin as seen on Comedy Central or Funny or Die.

Ahmed first entered the comedy world as a dishwasher in a comedy club in Providence RI. After putting down the dishes and picking up the mic he quickly became a favorite in the neighboring Boston comedy scene and was regular at The Comedy Studio in Harvard Square. From there Ahmed has gone on to tour comedy clubs all around the country and has performed in festivals including Just For Laughs in Montreal, the Moontower Comedy Festival, Riot L.A., the Great American Comedy Festival and Scotland’s Glasgow International Comedy Festival. He now lives in Los Angeles and is working as an actor in film and television. 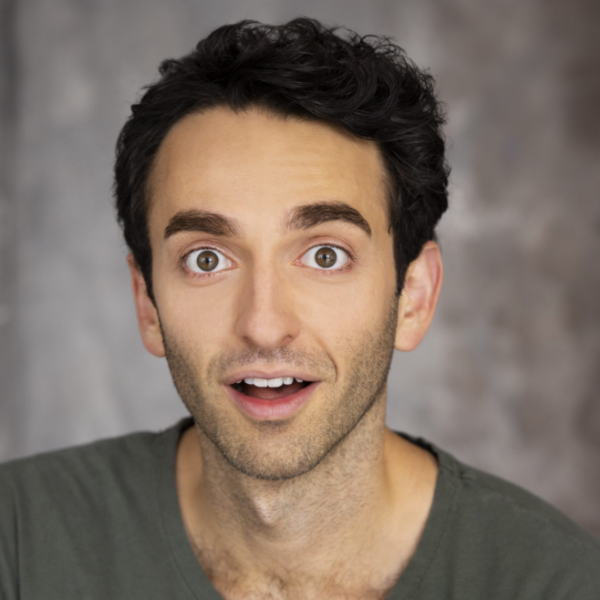 Gianmarco Soresi is an actor, stand-up comic, and writer based in New York City. He won critical acclaim for his stand-up special and documentary Shelf Life directed by Emmy Award winner Andy Buck, currently streaming on Amazon Prime, and is the host of the popular podcast The Downside with Gianmarco Soresi.

He appeared in the Billy Crystal/Tiffany Haddish film Here Today, and has appeared in roles on Bonding for Netflix, Deception, Blue Bloods and in the feature film Hustlers opposite Jennifer Lopez. He has hosted programs for IBM and MTV and was the spokesperson for General Electric.